Matt Kenseth took the lead of the Daytona 500 just one lap before a caution flag on lap 148. As it turned out, it was the most important lead change of his career as the 2003 NASCAR champion was out front when the race was red flagged for rain on lap 152. NASCAR called the event after waiting less than 20 minutes. It was Kenseth’s 17th — and biggest — career victory. Jeff Gordon’s day was an up and down affair that culminated with a 13th place effort. Gordon started 3rd and ran in the lead pack for the first half of the race. He took the lead on lap 69 but a recurring tire problem on long green flag runs hindered his efforts. He dropped a lap down due to an early pit stop for tires on a green flag run after the halfway point, but rallied back after receiving the free pass under caution. However, he simply ran out of time due to the rain before his comeback through the field could be completed.
[Source: www.gordonline.com] 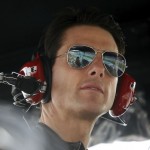 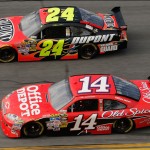 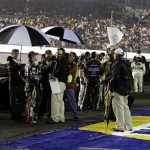 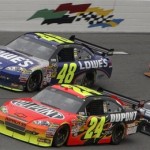