You are here: Home / Jeff Gordon News / Jeff to Start 16th at Atlanta

March 6 – – Jeff Gordon will start 16th in Sunday’s Kobalt 500 at Atlanta Motor Speedway. The race is the first of eight with the National Guard as the primary sponsor on his car. The silver and black #24 Chevrolet is looking for victory lane for the first time since October 2007. Although Gordon remains on a 43-race winless streak, he leads the points standings for the first time in nearly 17 months– giving him an inside track to qualify for the chase for the championship. “We wanted to come out of the box strong and we have,” Gordon said. “Our goal coming into this season was to run in the top five, lead laps and put ourselves in position to win races. If you do that then you’re going to make the Chase. If you do it really well, you’re going to have a shot at winning the championship.” 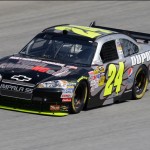 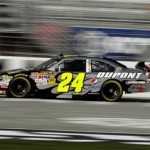 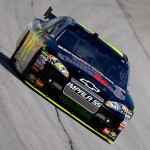 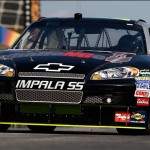