May 31 – – Give Jimmie Johnson a challenge and he’ll rise up to meet it. Although he dominated the 400-lap race at Dover International Speedway, a pit road miscue put the three-time champion back in 8th position for the restart with less than 30 laps to go. He systematically worked through the lead lap cars — and lapped traffic — to regain the race lead with less than 5 laps to go. It was Johnson’s 42nd career victory. For his Hendrick Motorsports teammate Jeff Gordon, it was a rather forgettable afternoon. Gordon finished two laps down in 26th position.

Jeff Gordon’s weekend at Dover International Speedway was essentially ruined before the green flag even flew. A wreck during his qualifying lap destroyed his primary race car and forced him to start at the rear of the field. The combination of a poor starting spot and an uncomfortable setup resulted in Gordon turning in his worst racing performance of the 2009 season.

Gordon started 42nd and gained five spots in the first five laps. By lap 11, he had moved to 31st as his march forward continued. A competition caution slowed the field on lap 31 with Gordon up to the 28th position. He gained two spots on pit road and restarted in 26th. A caution for Tony Raines’ brought several leaders to pit road. Gordon moved up to 14th position for the restart on lap 50. However, on older tires he faded to 16th within five laps. His fade continued as he slipped to 21st by lap 70. Gordon dropped a position to Kevin Harvick and ran in 22nd place at the 100-lap mark.

Gordon came onto pit road under green on lap 117 just before the caution waved for debris. While the right side tires were being changed, crew chief Steve Letarte immediately called for two tires to try to keep Gordon on the lead lap. However, the strategy failed as he was scored a lap down in 28th place. At the halfway point, Gordon dropped to 30th and was on the verge of going two laps down. Race leader Jimmie Johnson passed Gordon on lap 216 to put his teammate out of contention for the day. He moved up to 26th as the laps wound down, but was hindered by the laps down status.

Gordon lost the series points lead to Tony Stewart. He has posted just one top-5 finish in 6 races since winning at Texas Motor Speedway in early-April. 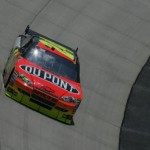 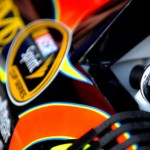 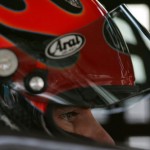 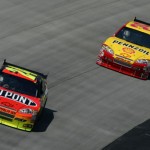 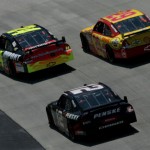 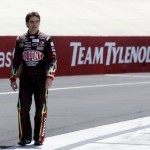 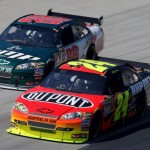 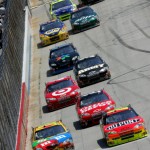 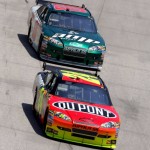