You are here: Home / Feature / Dover II In Car Audio

September 27 – – Jimmie Johnson’s summer seemed to create a window of opportunity for his rivals to take the Sprint Cup title from him for the first time since 2005. However, Johnson does his best work in the Chase, and flexed that traditional autumn muscle with a dominant victory in the AAA 400 at Dover Speedway. The win propeled Johnson to within 35 points of the series lead after a disappointing effort to start the Chase at Loudon.

Jeff Gordon’s day was one of “almost.” He started 15th and worked his way into the top-10, before moving into the top-5 by lap 100. His high water mark was 3rd place, but handling woes on longer runs hindered his march forward. On the final pit stop, the crew turned a 17.7 slow time and Gordon lost five position. He finished in 11th place and dropped 83 points behind Denny Hamlin. More troubling for Gordon is that it has now been 9 races since his last top-5 finish — that’s his longest top-5 drought since Robbie Loomis was his crew chief in 2005. 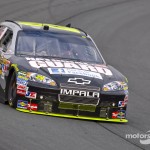 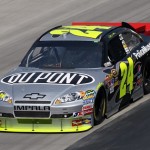 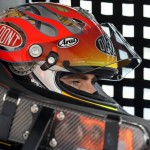 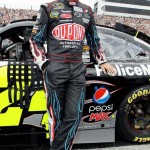 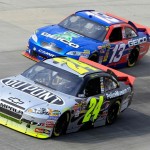