In hindsight, maybe it was better to stay out. Jeff Gordon was running 5th when a caution waved with 23 laps to go at Pocono Raceway. Realizing he was 3 laps short on fuel, crew chief Alan Gustafson opted to have Gordon pit. However, a litany of caution flags in the closing stages of the event ensured that drivers would be able to make it to the finish. Nevertheless, had it been a green flag run to the finish, Gordon would have run out of fuel. He finshed in 19th place and is 22nd in the series standings. Gordon has just 4 top-10 finishes in the last 17 races.

Gordon started 12th and was running ahead of a multi-car wreck on lap 1. Landon Cassill, Martin Truex, and AJ Allmendinger sustained damaged in an incident that began with Cassill’s spin in turn 3. On the restart, Gordon moved to 8th place on lap 6. He took 7th from Regan Smith with a pass in turn 3 on lap 10. The second caution waved on lap 13 for Reed Sorensen and JJ Yeley’s wall contact. Pit stops followed with Gordon exiting in 8th place. He dropped to 10th before rallying back to 7th by lap 30. Gordon came in for a green flag pit stop on lap 42 and was penalized for speeding entering pit road. Gordon came back to pit road for a pass-thru penalty and dropped to 23rd place. The third caution waved on lap 67 for AJ Allmendinger’s wall contact, which allowed Gordon to make up ground. He restarted 21st on lap 72 and moved back into the top-20 before a caution on lap 74. Gordon stayed on the track and moved up to 14th for the restart. He re-entered the top-10 on lap 88 with a pass on Clint Bowyer.

At the 100-lap mark, Gordon ran in 8th place. He came to pit road for a green flag stop on lap 103. Gordon cycled through in 9th place and took 8th from Tony Stewart on lap 114. A debris caution on lap 123 slowed the field and brought the leaders to pit road for the final time. Gordon restarted in 11th place on lap 129. After the restart, Gordon moved up to 7th within two laps and took 5th from Kasey Kahne on lap 134. Kahne’s wall contact on lap 138 brought out the caution flag. Gordon came to pit road for fuel to ensure he could make it to the finish. He restarted 17th with 17 laps to go. However, he fell to 20th before a debris caution with 12 laps to go. He restarted in 18th place with 8 laps to go. Gordon dropped to 23rd with 5 laps to go and crossed the finish line in 19th place.

Turning point
Gordon was running 5th in the late stages but came to pit road for fuel on lap 139. In a turn of bad luck, Gordon likely would have been able to make it to the finish if he stayed out due to the number of caution laps in the final 30 laps of the race. 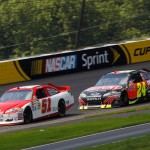 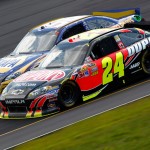 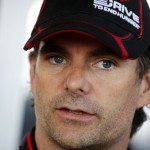 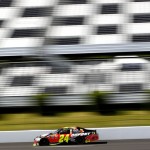 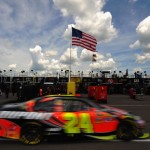 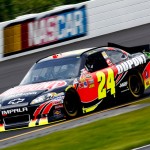 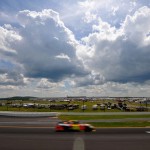 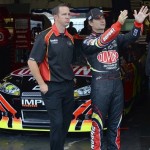 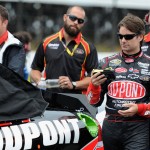 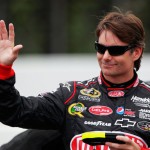 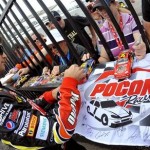 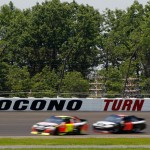