Tony Stewart claimed the Coke Zero 400 victory with a late pass on Matt Kenseth. Stewart started at the rear of the field following a violation following qualifying, but made his way to the lead after the final restart with 2 laps to go. It was Stewart’s 47th career victory.

Jeff Gordon posted a 12th place finish after being involved in four different melees during the event. He started 5th and slipped back to 7th after the first lap on the inside line. He moved to the outside on lap 4 and worked in a draft with Juan Pablo Montoya. On lap 10, Gordon fell to 12th on the outside in a draft with his Hendrick Motorsports teammate Kasey Kahne. Gordon dropped back to 21st on lap 16 in an effort to cool his engine. He re-entered the top-20 on lap 30. At the 100-mile mark, Gordon ran in 17th place. Following a round of green flag pit stops, Gordon moved up to 12th place. He continued to advance on the outside line and moved to 10th on lap 50. With Jimmie Johnson providing a drafting push, Gordon moved to 6th place on lap 55. However, he faded back by the 60-lap mark and ran in 17th place. At the halfway point, Gordon ran in 12th place.

A caution for Sam Hornish’s spin on lap 81 slowed the field and brought the lead lap cars to pit road. Gordon opted for two tires and departed in 4th place. On the restart, Gordon moved up to 2nd behind Matt Kenseth. Kurt Busch’s crash on lap 90 brought out the second caution flag. Gordon settled into 3rd place behind Matt Kenseth and Greg Biffle over the next 25 laps. However, Gordon wound up in the infield grass coming to pit road for a green flag pit stop on lap 125. Bill Elliott lost control and drilled Gordon in the left side, sending him into the infield grass. The caution waved as Johnson was caught up in the melee and slammed the inside wall. Gordon came to pit road four times during the caution flag for repairs on the left side of the car. He restarted in 30th place with 29 laps to go.

Turning point
Gordon was running in 3rd place when he was wrecked coming onto pit road with 30 laps to go.

ON THE PIT ROAD MELEE:

“We were just coming to pit road. I don’t know what happened behind me, but they just started wrecking and we got caught up in that. That definitely changed our day. We were in great position, fast race car, and pit stops were flawless. At that point it was about fixing the damage and getting track position. The damage – they did a great job. The car had plenty of speed, but there was just no passing when you were in the back for those final laps. Three lanes wide, you just had to wait until somebody wrecked or got out of shape and the momentum changed. We actually had a great run coming through turns 3 and 4, and we were going to be better than even 12th. We kind of got caught in that wreck too. We had some momentum coming so I think we could have finished 10th-12th. But we ended up 12th. Not a bad day considering all the things that happened.” 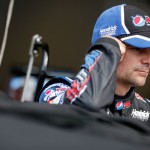 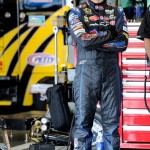 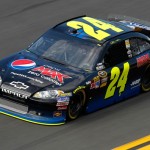 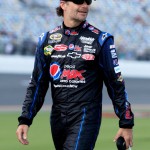 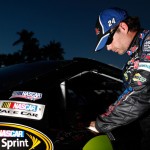 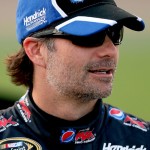 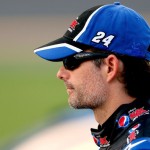 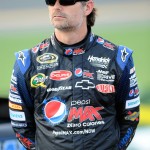 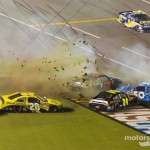