After 150 laps at Richmond International Raceway on Saturday night, Jeff Gordon exited his car during the rain delay dejected at the performance of the #24 Chevrolet. Broadcasters and media pundits began shoveling dirt on his chances to qualify for the NASCAR Chase. But, there’s a reason why the pundits hold a microphone (or laptop) instead of a steering wheel. When racing resumed, crew chief Alan Gustafson gave the four-time NASCAR champion a winning car. He drove through the field, got back on the lead lap, and finished 2nd in the race. Coupled with Kyle Busch’s sub-par effort, Gordon gained the final Chase wildcard spot by a mere 2 points.

After rain showers pushed back the start of the race nearly 2 hours, Gordon started on the outside and the front row and moved to the lead on the backstretch. He quickly lost the top spot to Dale Earnhardt Jr. Clint Bowyer took 2nd from Gordon on lap 10. Denny Hamlin took 3rd from Gordon on lap 12. He slipped to 5th when Martin Truex passed on lap 18, and fell back to 6th when Jimmie Johnson went by one lap later. Gordon ran 7th at the competition caution on lap 46. Chassis adjustments followed on pit road and Gordon restarted in 16th place. David Ragan’s spin brought out the caution on lap 52. Gordon fell back to 19th on lap 62, but regrouped back to 17th by lap 75. At the 90-lap mark, Gordon had advanced to the 16th position. However, he dropped to 18th after complaining of a brake issue by lap 100.

Gordon went a lap down on lap 128 when race leader Denny Hamlin went by. The caution waved on lap 135 for rain. Pit stops followed and the #24 team made chassis adjustments. Gordon returned to the event in 26th place, and remained a lap down. Rain became heavier and the race was red flagged for nearly an hour. The event resumed just before midnight eastern time. Gordon moved up to 21st by lap 175 and moved into the top-20 on lap 177. However, he was unable to gain ground in the hopes of becoming the first car one lap down. Green flag pit stops came on lap 220 with Gordon cycling through in 23rd place. A caution for Clint Bowyer’s spin on lap 235 saved Gordon from going a second lap down. Following a stop, Gordon ran down and passed Carl Edwards for 17th place on lap 245, which put him in position for the free pass at the next caution. He got the needed caution on lap 275 for a brief rain shower to get back on the lead lap. Gordon changed tires and restarted in 17th place. With 100 laps to go, Gordon had advanced into the top-10. He moved to 9th three laps later, and took 8th place with 90 laps to go. With 80 to go, he had advanced into the top-5. Gordon moved to 4th with 70 to go and went by Kyle Busch who was lapped. He fell to 5th when Hamlin passed with 60 to go. He came to pit road for a green flag pit stop with 40 laps to go. He returned to the event in 11th place and moved up to 8th within 10 laps. With 25 to go, he was running 8th while Kyle Busch was holding onto 18th. With 20 to go, he took 5th from Brad Keselowski to pull into the final Chase wildcard spot. With 7 to go, Gordon took 2nd from Mark Martin.

Turning point
It was a tale of two races for Gordon — before the rain delay and after the rain delay. After struggling with handling in the first 150 laps, the crew made large-scale adjustments to the suspension on the #24 car. Gordon’s car came to life in the second half of the event, which punched his ticket into the Chase for the Championship.

JG’s comments
“I’m so fired up to get this Chase started, I don’t care where we’re going to start in points. I went from last week being the most disappointed I’ve ever been to finish 2nd to the most excited I’ve ever been to finish 2nd. Alan is such a great crew chief. He never gave up, he kept me fired up. We made this car good enough to go up there. If we put that kind of effort like we put tonight, I don’t see any reason why we can’t be a real threat for the championship.”

“What an exhausting race. So much pressure on us I thought that the weekend had gone so well for our team. When they dropped the green we got the lead and I knew that the drive off just wasn’t there that we were in trouble. Man we started going backwards, but Alan Gustafson, what an awesome crew chief to make the calls that he and our engineers made to fix this car. Thank our teammates as well because they had good race cars gave us some good notes to go off of. We made some drastic changes and man did it bring the car to life. We were a lap down, we just never gave up. That is just an awesome effort. That is what the Chase and the Wild Card is all about right there. You want it to come down to the final laps at Richmond. I have been predicting this for weeks that it is going to come down to it, I just didn’t know if we were going to be able to pull it off. Thanks to all the fans for supporting us through all of this frustration that we have been through this year, now let’s go win us this championship. After that effort we can definitely do this thing.” 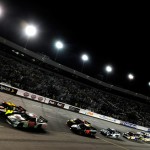 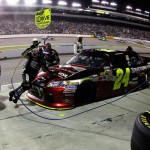 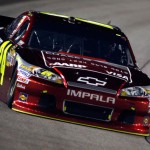 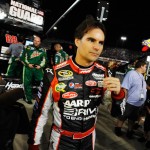 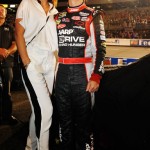 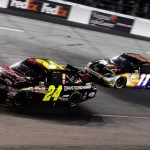 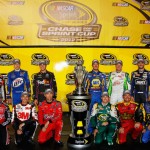 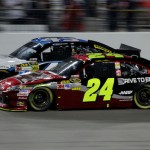 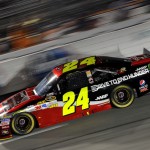 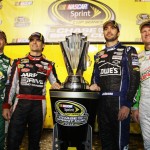