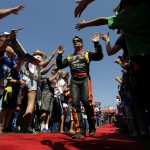 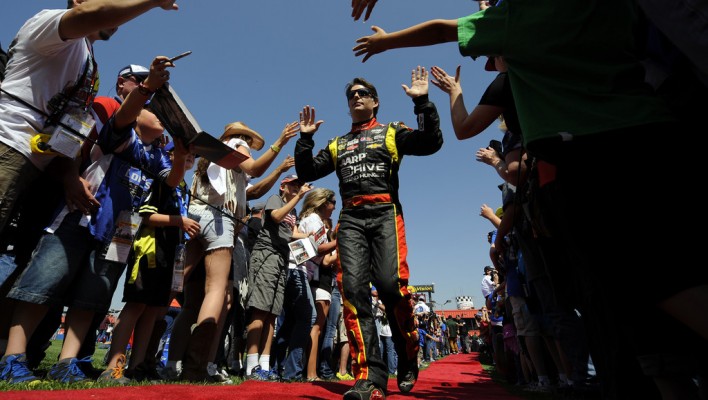 Kyle Busch led the most laps in the Auto Club 400 but needed a dramatic final lap to score his first victory of the 2013 season. Denny Hamlin and Joey Logano battled for the race lead entering turn 3. Logano eased up the track and into the side of Hamlin’s car. That allowed Busch to use the high line to move past both. Contact from Hamlin sent Logano into the wall, while Hamlin spun and hit the retaining wall at the entrance to pit road. Busch powered on to the line for the last lap win.

Jeff Gordon’s day was an up and down affair where he salvaged an 11th place finish. Gordon started 19th and moved up to 16th by the end of lap 5. However, he slipped to 17th on lap 7 when Kasey Kahne went by. Gordon worked his way up to 15th by the time the first caution waved on lap 28 for David Stremme’s spin. Pit stops followed with Gordon exiting in 18th place. He moved up to 14th before the next caution for Timmy Hill’s oil line on lap 37. Gordon hit the wall coming off turn 2 and sustained damage after running through oil from Hill’s car. Nevertheless, the #24 car stayed out and restarted 9th on lap 43. He fell to 14th by lap 45, and dropped back to 16th on lap 47. By lap 50, Gordon ran in 28th place while battling handling issues from the right side damage. He came to pit road for a green flag stop on lap 67 and cycled through in 24th place. A debris caution on lap 91 brought Gordon to pit road for adjustments. He restarted in 26th place on lap 95.

At the halfway point, Gordon ran in 24th place. During a caution period with 82 laps to go, Gordon came in for tires and then to top off the fuel in the hopes of making it to the finish on one more stop. After the restart, Gordon moved up to 19th place and steadily gained spots. He advanced to 14th prior to a caution with 70 to go. With fuel strategy out of the equation, Gordon came to pit road for tires and restarted in 15th. He climbed to 13th with 60 to go, but faded to 15th by lap 150. Gordon’s final green flag pit stop came with 37 laps to go and cycled through in 16th place. A caution for Marcos Ambrose’s cut tire with 30 laps to go brought Gordon to pit road for a 2-tire change. He restarted in 10th place with 26 laps to go. He quickly moved to 8th prior to a caution for Mark Martin’s spin. On the restart, Gordon fell to 10th and ran 13th with 17 laps to go. A caution for Clint Bowyer’s engine slowed the field with 15 to go. Gordon came to pit road for tires and restarted in 14th place.

On the restart, Gordon used the outside line and moved into the top-10. He gained four spots and ran 6th with 10 laps to go. However, he dropped to 10th with 7 to go, and fell out of the top-10 one lap later. Gordon finished 11th and moved up to 18th in the series standings.

Turning point
After a fade through the field in the first half of the race where he fell as low as 28th, Gordon rallied in the later stages. He ran 24th at halfway and used several caution periods to make chassis adjustments to improve the handling. 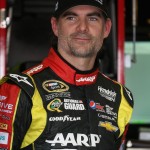 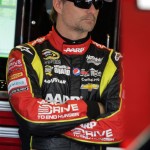 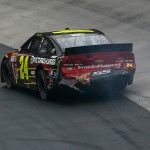 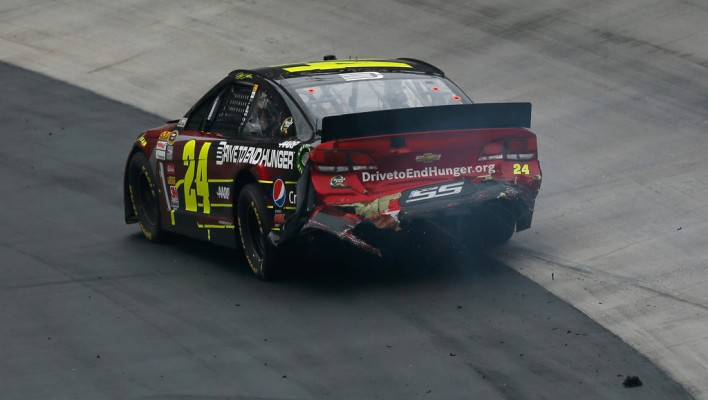 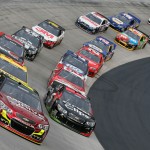 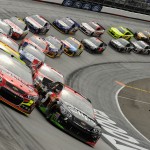 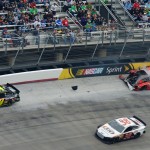 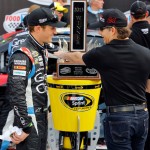 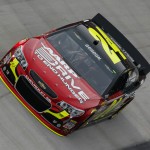 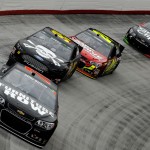 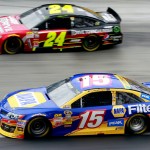 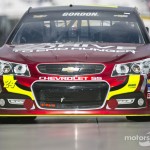 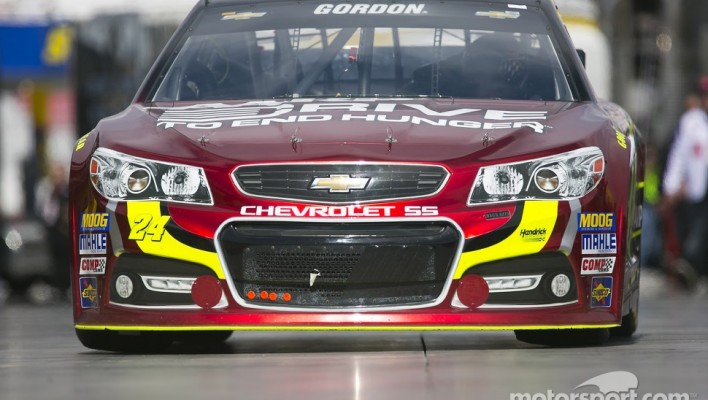 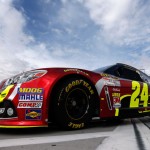 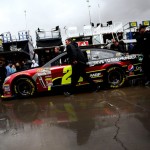 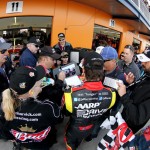 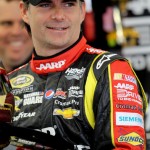 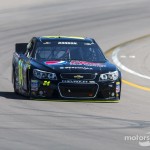 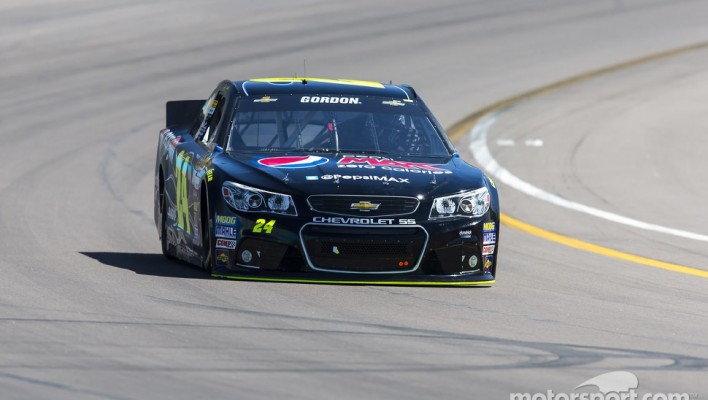 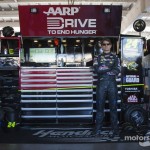 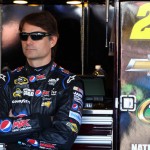 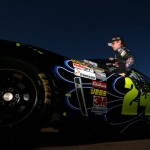 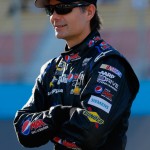