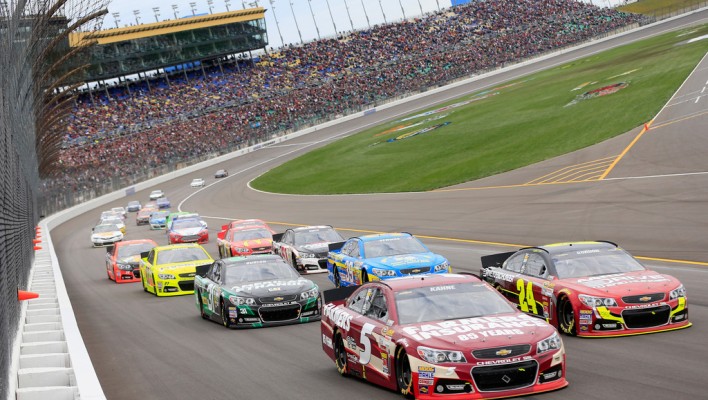 Matt Kenseth dominated the STP 400 at Kansas Speedway en route to his second victory of the 2013 season. Kenseth led 163 of the 267 laps in the event. Jeff Gordon struggled with track position for the balance of the day and posted a 13th place finish after starting at the rear of the field.

Gordon officially started 43rd, but moved to 39th at the drop of the green flag. He moved up to 38th by the first caution on lap 5 for Kyle Busch’s spin. Gordon stayed on the track and moved up to 32nd place after the restart. He ran 30th on lap 15 and advanced to 26th by lap 25. Gordon gained three more spots in the next 10 laps to move into 23rd place. The next caution waved on lap 38 for Dave Blaney’s wall contact. Following a pit stop, Gordon moved to 15th place. He ran 14th when a debris caution slowed the field on lap 72. Gordon opted for four tires and restarted in 18th place. He dropped out of the top-20 shortly after the restart. He regrouped and took 20th from Joey Logano on lap 82, and then moved into 18th place on lap 85 prior to a caution period for Elliott Sadler’s wreck. At the 100-lap mark, Gordon ran in 15th place, more than 10 seconds behind race leader Matt Kenseth. The next caution waved on lap 103 for Kyle Busch’s second spin of the day, which collected Joey Logano in a hard crash in turn 3. Gordon came to pit road for two tires and restarted 18th on lap 115. He dropped to 20th shortly after the restart, but moved around Aric Almirola and Brian Vickers to take 18th place on lap 122.

At the halfway point, Gordon ran in 16th place. He came to pit road under green on lap 163 and returned in 21st place. The next caution waved on lap 172 for Vickers’ wall contact. Gordon stayed out and restarted in 7th place. He dropped to 10th prior to the next caution for a multi-car incident involving Sam Hornish, Marcos Ambrose, and Casey Mears. Gordon fell to 14th shortly after the restart on lap 186. He moved up to 13th on lap 190. Gordon came to pit road for a green flag stop on lap 217, just as the caution waved for debris on the track. Gordon was trapped a lap down but took the wave around to get back on the lead lap. He restarted 22nd on lap 224 and moved up to 19th with 40 laps to go. Ten laps later he moved into 16th place and closed on Jeff Burton for the top-15. With 20 laps to go, Gordon closed on Kurt Busch for the 14th position. After passing Busch, he set his sights on Ryan Newman and took 13th place with 4 laps to go.

Turning point
Gordon was running 13th when he came to pit road on lap 217. However, an ill-timed caution flag put him a lap down and took him out of contention of a possible top-10 finish. 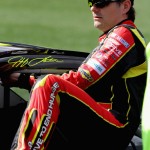 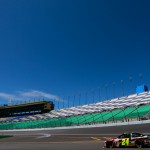 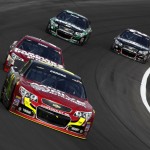 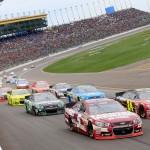 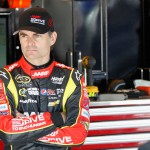 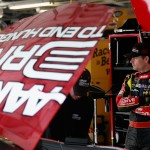 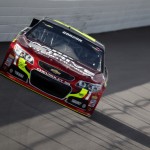