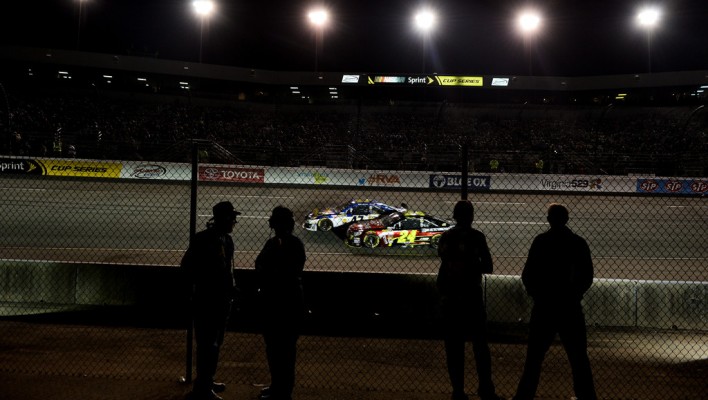 Kevin Harvick came on late and scored his first victory of the 2013 season under the lights at Richmond International Raceway. Juan Pablo Montoya appeared to be cruising to his first win since 2010, but a late race caution flag brought pit strategy into play.

Jeff Gordon struggled with handling in the first half of the event before rallying back to 11th place at the finish. Gordon started 3rd and moved into the runner-up spot by the end of lap 1. He fell back to 3rd when Clint Bowyer went by on lap 14. Gordon battled handling issues and dropped to 5th on lap 20. He continued losing spots and ran 10th on lap 25. Gordon dropped to 12th prior to the first caution on lap 42. Pit stops followed with Gordon exiting in 14th place. After the restart, Gordon continued his backslide through the field and ran 18th on lap 55. He fell out of the top-20 on lap 62. At the 100-lap mark, Gordon ran in 25th place in danger of going a lap down. A caution for Marcos Ambrose on lap 110 slowed the field and brought pit stops. Adjustments were made on the #24 car and Gordon restarted 24th on lap 115. He advanced to 21st prior to the next caution flag on lap 145. On the restart, Gordon moved from 23rd to 21st and then re-entered the top-20 on lap 158. A caution on lap 159 for Brad Keselowski’s wall contact brought Gordon back to pit road for tires. At the halfway point, Gordon ran in 18th place.

Gordon moved up to 16th before a caution on lap 232. He held the spot through a round of pit stops. Gordon took 15th from AJ Allmendinger on lap 274 and took 13th place prior to a caution on lap 292. A caution on lap 307 brought Gordon back to pit road for tires and he restarted in 13th place. With 74 laps to go, Gordon moved into the top-10 when Tony Stewart and Jimmie Johnson made contact and spun in turn 2. Gordon came to pit road and restarted in 14th place. After the restart he dropped to 18th place, but gained two spots after Mark Martin and Kasey Kahne wrecked on the backstretch. Gordon stayed out during the caution period and moved up to 9th for the restart with 57 laps to go. He advanced to 8th when Kurt Busch spun Martin Truex with 53 to go. Gordon fell to 9th with 22 laps to go, and slipped to 10th with 17 to go. His fade continued as Jamie McMurray dropped him out of the top-10 with 15 laps to go. Gordon was 12th when Brian Vickers brought out a caution with 5 laps to go. He came to pit road for tires and restarted in 14th place for the green/white/checkered finish. He gained 3 spots in the final 2 laps to post an 11th place finish. Gordon has just 1 top-10 finish in the last 7 races. However, he moved up to 14th in the series standings.

Turning point
Handling issues plagued Gordon for the balance of the event. He seemed to win the track position game late in the event and ran as high as 7th with 50 laps to go, but was unable to hold the spot. 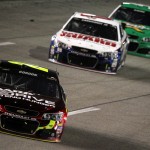 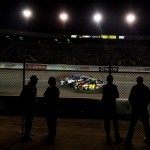 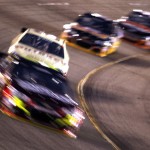 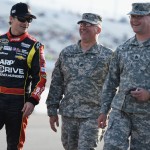 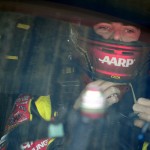 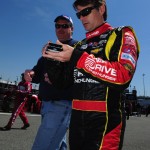 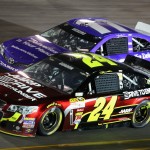