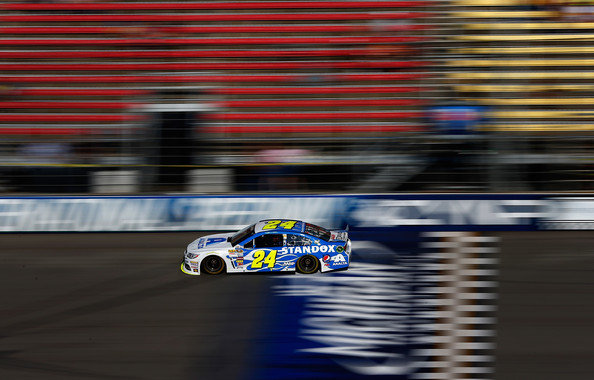 Jeff Gordon struggled with handling from the outset in the Pure Michigan 400 at Michigan International Speedway. Gordon finished a disappointing 17th and dropped to 14th in the NASCAR standings. He is 26 points behind 10th place — the final Chase cutoff. Gordon will likely need at least 1 win in the next 3 weeks to qualify for the 10-race playoff.

Gordon started 13th and ran 12th when the first caution waved at the end of the opening lap for Clint Bowyer’s spin. He advanced to 11th prior to a caution on lap 8 for David Reutimann’s wall contact. Gordon fell to 13th on the lap 12 restart as the field was slowed two laps later when Austin Dillon lost control and hit JJ Yeley. As the run progressed he slipped back two spots behind Carl Edwards and Jimmie Johnson on lap 37. Gordon came to pit road for a green flag stop on lap 41 and cycled through in 14th place. Gordon’s progress was hindered by loose handling issues in the corners. He took 13th from Juan Pablo Montoya on lap 65. A caution for Ricky Stenhouse’s wall contact on lap 72 brought Gordon to pit road for adjustments. Following a two-tire change, Gordon restarted in 14th place. He dropped to 17th within two laps of the restart, and feel back to 18th when Clint Bowyer passed on lap 85. Gordon gained two spots by lap 93 to run in 16th place. He moved to 15th prior to the next caution on lap 105.

Following a four-tire change, Gordon restarted 17th on lap 110. However, he struggled on the restart and dropped as low as 23rd on lap 113. He rallied back to 20th by lap 117 and took 19th from Trevor Bayne on lap 129. A caution for Dale Earnhardt Jr’s cut tire and subsequent wall contact slowed the field on lap 135. Gordon opted for two tires on pit road and restarted in 14th place. He quickly gained two spots and closed in on Kurt Busch for 11th on lap 143. However, Gordon lost ground on the inside line and settled into 12th place. The next caution waved on lap 149 for Bobby Labonte’s spin. Gordon stayed on the track and restarted 10th on lap 153. He struggled on the restart and dropped out of the top-20 by lap 155. Kyle Busch’s spin on lap 156 brought out the caution and allowed Gordon to come to pit road for adjustments within the fuel window to make it to the finish. After a four-tire change, Gordon restarted in 26th place. His low water mark for the day came on lap 162 when he ran in 28th place — the last car on the lead lap. He regrouped to run 24th with 34 laps to go and re-entered the top-20 on lap 170. Another caution involving Kyle Busch slowed the field with 28 laps to go. He stayed on the track and restarted in 15th with 23 laps to go. He lost for spots and ran 19th with 20 to go. Gordon lost another spot and ran in 20th place with 13 laps to go. He gained a spot and moved to 19th place with 10 to go. He picked up two more spots in the closing stages to finish 17th. Gordon has not posted a top-15 finish in the last 3 races at Michigan.

Turning point
Gordon battled handling issues for the balance of the day. He entered the top-10 just once, but was unable to hold the spot.

JG’s comments
“This team has a lot of fight in them and you can never give up. I think similar things last year caught us out into this position and I think similar things are going to get us into it like last year… We just can’t make mistakes. We’ve been making — me personally, and also as a team — too many mistakes. We have to eliminate those right now for the rest of the season if we’re not only going to be in (the Chase), but if we’re going to be any threat for the championship.” 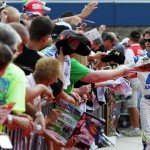 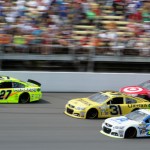 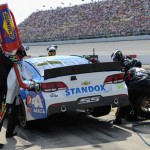 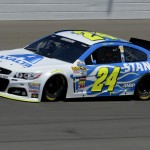 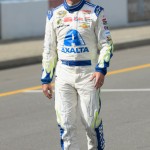 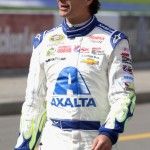 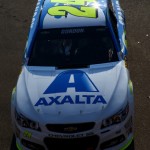 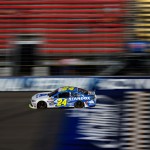