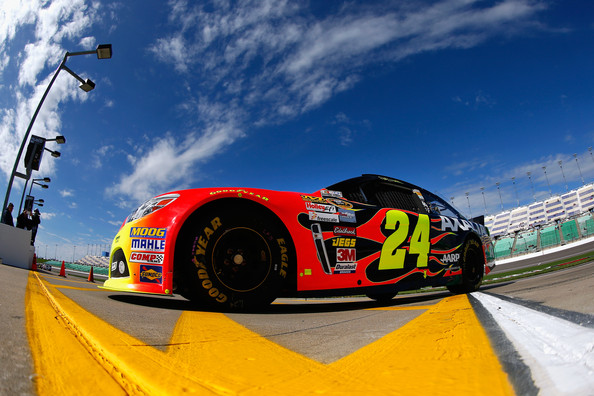 It wasn’t a long-awaited win for Jeff Gordon in the Hollywood Casino 400, but a solid 3rd place finish moved him to 4th in the NASCAR standings, just 32 points from the lead. Gordon’s 429th career top-10 moved him past Dale Earnhardt for the 4th highest total in NASCAR history.

Gordon started 14th and ran well ahead of a lap 1 crash involving Danica Patrick. He advanced to 12th by lap 35 and ran 11th when the caution waved on lap 42 for Michael McDowell slowing on the track. Gordon opted for two tires on the pit stop and restarted in 4th place. He used the outside line to take 3rd, but returned to 4th when Jimmie Johnson passed on lap 69. Gordon came to pit road for a stop on lap 85, just prior to a debris caution on lap 87. Although the caution trapped him a lap down, he stayed out for the wave around to get back on the lead lap. He restarted in 28th place on lap 92. Gordon steadily gained spots and ran 21st at the 100-lap mark. Gordon had advanced to 18th before the caution waved on lap 118 for Landon Cassill’s engine. Pit stops followed with Gordon opting for two tires and restarting in 14th place. He ran 12th at the halfway mark just prior to a caution for a wreck involving Ryan Newman and Justin Allgaier.

Pit stops followed with Gordon opting for two tires. He restarted 11th on lap 144 and moved into the top-10 prior to the next caution for Travis Kvapil’s spin on lap 146. Gordon moved around Carl Edwards and Dale Earnhardt Jr on lap 152 to take 7th place. However, he battled a tight handling condition and dropped to 11th by lap 165. A caution for David Gilliland’s wreck with 97 to go brought Gordon to pit road for adjustments. He changed four tires and restarted in 19th place. Gordon gained 4 spots after the restart to run 15th, prior to a caution for Casey Mears’ wall contact on lap 180. Kyle Busch’s spin brought out another caution with Gordon moving up to 13th place. The next caution waved with 68 laps to go when Carl Edwards made contact with Busch, which sent him into the wall and destroyed the front of the M&M’s Toyota. Gordon came to pit road for four tires and restarted in 28th place. He came to top off the fuel with 61 laps to go.

Gordon worked through race traffic and ran 18th with 50 laps to go. He moved up to 11th place prior to a debris caution with 40 to go. Gordon came to pit road for two tires and restarted in 3rd place because he didn’t have to wait on fuel as the other drivers did. On the restart, Gordon moved around Jeff Burton to take the runner-up spot. He ran more than a second behind race leader Kevin Harvick before a caution for Brian Vickers’ crash slowed the field with 25 laps to go. He restarted on the inside of Harvick with 19 to go. Kurt Busch moved to the outside to pass Gordon in turn 1. Gordon settled into 3rd place behind Busch where he finished the race.

Turning point
Topping off the fuel with 61 laps to go allowed Gordon to spend less time on pit road when he came in for the final with 40 laps to go.

JG’s comments
“It was a great day for our team. Ever since the Chase started, they’ve been bringing me awesome race cars. We’re having a lot of fun out there. Everything could have gone wrong for us today, and there at the end it actually went right. So, that’s nice to have.”

ON POST-RACE DISCUSSION WITH KURT BUSCH

“It’s not a NASCAR race if you don’t have a discussion with another driver about an incident on the track. These restarts are so tough. Everybody’s trying to get every position they can. I got in the outside lane one time and (Kurt) just came up. The next lap I got to his bumper and got him loose. That led to him wanting to run into me on the right side on my door. These cars are so sensitive aerodynamic-wise. You just can’t have any little damage like that. It did seem to affect our car. I just wanted to have a good civil conversation with Kurt, and we did. We’re really proud to finish 3rd today.” 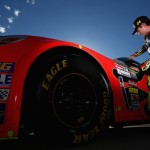 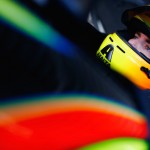 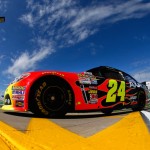 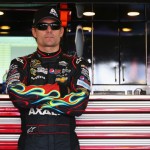 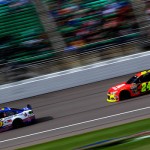 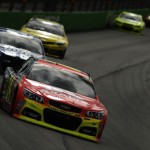