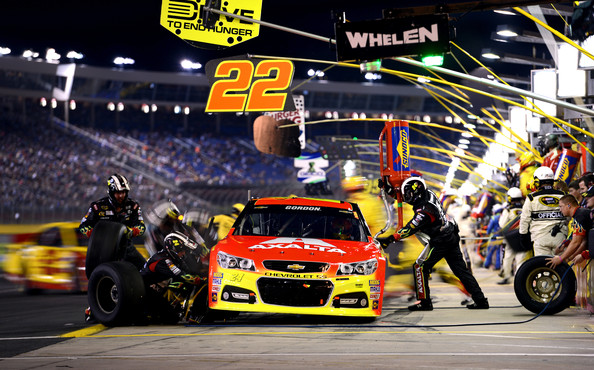 Jeff Gordon finished 7th at Charlotte Motor Speedway. He remains 4th in the NASCAR points standings, 36 points behind Matt Kenseth. As the polesitter, Gordon led the first 26 laps of the event. He’s led more laps in the last 7 races (153 laps) than he did in the first 24 races (151 laps) this season.

Gordon started on the pole and led the first 25 laps before the caution waved for JJ Yeley’s wall contact. After opting for four tires, Gordon restarted 8th on lap 30. He worked through drivers who took two tires and ran 5th on lap 38. However, he was unable to gain further headway prior to a green flag pit stop on lap 77. The next caution waved on lap 83 for Mark Martin’s engine. On the restart, Gordon used the outside line to take 3rd from Jimmie Johnson. However, he battled a tight handling issue and dropped to 5th as Johnson and Kyle Busch passed by lap 125. Gordon came to pit road for a green flag stop on lap 127. At the halfway point, Gordon ran in 5th place, more than 10 seconds behind race leader Kasey Kahne.

Gordon once again took 6th from Newman after the round of pit stops. A debris caution with 28 laps to go took fuel strategy out of the equation. Gordon opted for two tires and restarted in 2nd place on the outside of Kasey Kahne. Two laps after the restart, Matt Kenseth went by on the high side to send Gordon to 3rd. Brad Keselowski passed the #24 car on the backstretch to send him to 4th. With 19 laps to go, Kyle Busch and Jimmie Johnson passed Gordon for position. Kevin Harvick passed Gordon with 17 to go, which moved him back to 7th place where he finished.

Turning point
Crew chief Alan Gustafson opted for two tires on the final pit stop, thus mirroring the strategy of Kasey Kahne. Gordon restarted 2nd alongside Kahne, but was unable to hold the spot due to tight handling.

JG’s comments
“All weekend long other than qualifying we were just battling getting the car through the center of the corner having the rear security on fresh tires and then having the front turn once the pressures and heat got in the tires. So, it was a fantastic performance. That balance we could never really get it. Certainly it helps when you’re out front. That first run it was pretty good, but I could feel it going that direction. My car was really good on 4 tires. At the end I loved the call by Alan to take 2. It got us up there. I went through turns 1 and 2 and I was like, ‘oh boy, we might have something for them.’ But then I went through turns 3 and 4 and it got tight. Boy, it just kept getting tighter and tighter. I thought we were pretty fortunate to finish 7th. We put in a great effort to hang in there.”

“It was a solid night. I was really good out front there in the beginning. We really struggled all day on Friday and tonight we could just not get it to take off good and then be good on the long runs. It looked like some guys were maybe a little bit freer than us on the shorter runs, but we were still able to maintain some good laps times and then be good on the long runs. It was a solid effort. It was a great call there to try to make two (tires) work. Our car was just way too tight to be able to do it. We lost a few more positions than I was hoping. But it was still solid.” 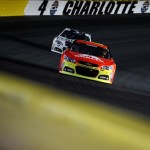 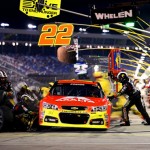 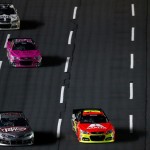 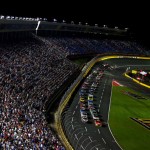 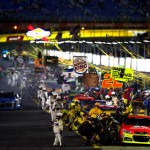 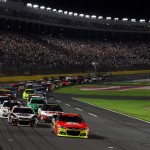