Matt Kenseth might be leaving Roush Racing at the end of the 2012 season, but he’s creating quite a final act with his second victory in the Chase. Kenseth scored the win at Kansas Speedway in an event that featured 14 caution flags because of the repaved track surface. Jeff Gordon struggled with handling on the final run of the day and finished 10th. He trails points leader Brad Keselowski by 51 points with just 4 races to go.

On the restart, Gordon moved to the runner-up position behind race leader Matt Kenseth. One lap later, Bobby Labonte’s wall contact slowed the field. Gordon dropped to 3rd on the restart before Danica Patrick’s crash brought out the caution on lap 156. He came to pit road for 2 tires and restarted 7th because of some drivers opting not to pit. Gordon dropped to 9th before a caution on lap 165 for Tony Stewart’s spin. A caution for Greg Biffle’s crash with 92 to go slowed the field with Gordon in 10th place. With 85 to go, Ryan Newman hit Kyle Busch and created a wreck in turn 4. With 54 laps to go, Almirola’s crash brought out the caution and the final round of pit stops ensued. Gordon restarted in 9th place after opting for 4 tires. He moved to 8th before a caution for Sam Hornish’s cut tire with 33 laps to go. Gordon dropped to 9th with 14 to go when Brad Keselowski went by. Two laps later Johnson went by Gordon to drop him to 10th place where he finished the event. It was Gordon’s 7th top-10 in the last 9 races.

Turning point
A four-tire change during the final round of pit stops didn’t work out to Gordon’s advantage. He battled handling issues in the late stages of the event and dropped to 10th place.

JG’s comments
“It wasn’t that bad. It was hard to pass you just couldn’t reach the edge of the grip level really easy. My car stuck pretty good so I had pretty decent grip on the restarts and we were able to make up some spots. We did pretty good strategy so all in all it was a decent day for us. I thought we could pull off a top five at one point, but we just didn’t.” 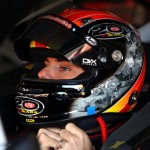 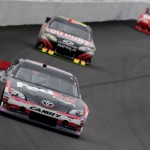 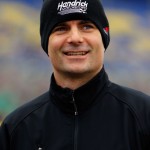 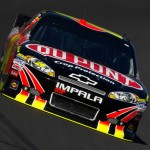