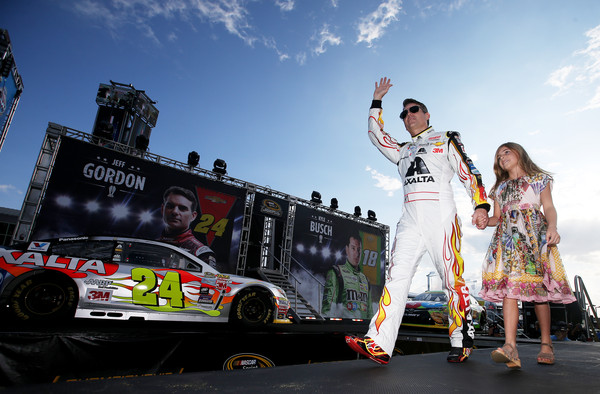 Jeff Gordon concluded his NASCAR driving career with a 6th place finish at Homestead-Miami Speedway in the Ford Ecoboost 400. Gordon finished 3rd in the final points standings. Kyle Busch won the race and claimed his first NASCAR Sprint Cup Championship by finishing a spot ahead of Kevin Harvick.

Gordon started 5th and moved to 4th by lap 2. The first caution waved on lap 13 for pole sitter Denny Hamlin’s gear problem, which forced him to pit for repairs. Pit stops followed with Gordon restarting in 7th place. He quickly moved into the top-5, and took 4th from Martin Truex on lap 21. One lap later he moved to 3rd with a move around Joey Logano. Kevin Harvick took a spot from Gordon on lap 25 to drop him to 4th. A competition caution slowed the field on lap 31. Pit stops followed with Gordon exiting in 3rd place. On the restart, Gordon dove low in turn 1 to take the race lead from Kyle Busch. A caution for Kasey Kahne’s wall contact brought out the caution on lap 42. On the restart, Harvick used the outside line to his advantage to take the lead from Gordon. Busch took the runner-up spot from Gordon on lap 47. A caution for a wreck involving Clint Bowyer, Dale Earnhardt Jr, Aric Almirola, and Casey Mears slowed the field on lap 48. On the restart, Gordon struggled on the inside line and dropped to 8th on lap 55. He battled handling and slipped to 12th on lap 65, before taking 11th from Jamie McMurray on lap 70. Denny Hamlin, who regrouped from earlier issues, took a spot from Gordon on lap 85. Gordon came to pit road for a green flag stop on lap 92. A spring rubber was pulled from the left rear to improve the handling. He cycled through in 13th place on lap 95. He gained one spot over the next 25 laps and ran 12th on lap 120. Gordon took 11th from Ryan Newman on lap 126.

Gordon came to pit road for a green flag stop on lap 140 and cycled through in 12th. A debris caution slowed the field on lap 148. The lead laps cars pitted with Gordon restarting in 12th place. He used the outside line to his advantage and moved up to 9th on lap 156. However, he dropped a spot to Jimmie Johnson on lap 159. The next caution came on lap 167 for Josh Wise’s wall contact. The leaders came to pit road with Gordon restarting 11th. He re-entered the top-10 with a pass on Ryan Blaney on lap 175. Gordon took 9th from Martin Truex on lap 186. He came to pit road for a green flag stop on lap 217 and inserted a spring rubber in the right rear. He cycled through in 11th place on lap 219. Gordon moved to 10th but ran distantly behind the leaders. A debris caution with 10 laps to go brought pit stops. Gordon restarted in 10th place with 7 laps to go. He got a great restart on the outside line and moved to 6th place with 6 to go where he finished the race.

JG’s comments
“Who would have ever thought coming from Indiana as a sprint car driver that I could come south to North Carolina and race for people like Bill Davis and then get the opportunity to work with the greatest owner in the Cup Series that there’s ever been, and that’s Rick Hendrick. He’s way more than a car owner to me. I’m so appreciative, it’s been the most amazing experience. I’m a little disappointed, I’ll be honest. I thought going into this race that we had something for them. When the sun went down, we missed a little something. We didn’t quite have it when the track cooled down. We had to work on it. But I loved the effort and we showed what we’re made of there at the end by climbing our way back to 6th. I’m proud of that. It’s a happy day. I wanted that win, but we’re still going to celebrate.” 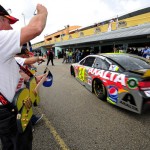 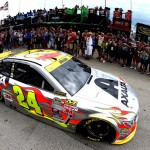 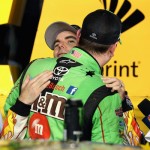 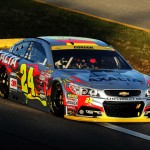 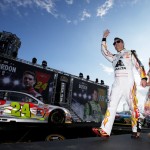 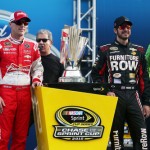