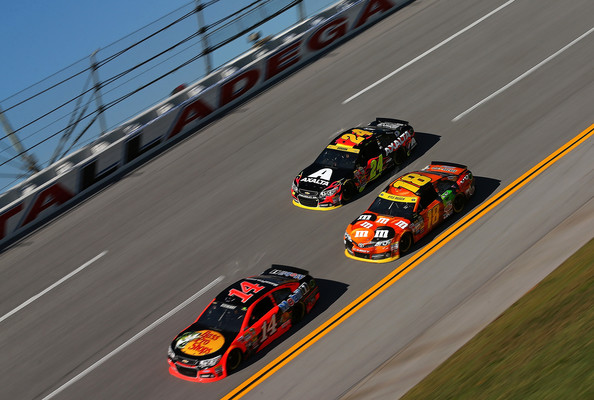 Jeff Gordon headed into the race at Talladega Superspeedway with an 18-point cushion to advance to the Eliminator Round of the NASCAR Chase. After a 26th place finish, Gordon advanced to the next round by a mere 3 points. He was the final driver to transfer to the next round on points, and edged his Hendrick Motorsports teammate Kasey Kahne for the final spot.

Gordon started in the rear of the field and ran in a draft behind the lead pack. He moved up to 33rd by lap 25 and came to pit road for a green flag stop on lap 41. After a two-tire change, Gordon ran back in 33rd place. The first caution waved on lap 60 when Jamie McMurray spun and collected Joey Logano. At the 100-lap mark, Gordon ran in 33rd place behind the lead draft. Gordon avoided a melee on lap 104 which was triggered by JJ Yeley getting turned on the backstretch. The incident collected Kyle Busch and Tony Stewart, among others. On lap 120, Gordon began moving forward from 32nd up to 26th place. A debris caution slowed the field on lap 130. Gordon pitted for tires and ran toward the rear of the field after the restart.

Kyle Larson spun coming off pit road to bring out the caution with 13 laps to go, which was during a green flag pit sequence. Gordon had not yet come to pit road at the time. Gordon pitted for four tires under caution and restarted in 21st place. On the restart, Gordon moved to the middle line and advanced into the top-20 prior to a debris caution with 4 laps to, which set up a green/white/checkered finish. Gordon skirted through a wreck on the backstretch after the restart. He crossed the line in 26th place and made the Eliminator Round by a mere 3 points over Kasey Kahne who finished 12th. Gordon is the only Hendrick Motorsports driver who is eligible to compete for the championship.

Turning point
A debris caution with 13 to go trapped Gordon on the track, which forced him to restart deep in the field.

Jeff Gordon Post-Race Comments
“I’m just mentally drained right now. It’s always tough racing here at Talladega trying to put yourself in position to win. When you’ve got that much on the line and you know that your championship hopes are right there in that final moment, it’s nerve wracking. I’m proud of this team and the job they did. We had a great strategy. Unfortunately a caution hit us at the absolute worst time. That put us behind. We fought hard. That last restart, the inside lane just didn’t go anywhere. I was just sitting there going backwards and couldn’t do a thing. I’m just glad we made it. I can’t wait for Martinsville, Texas, and Phoenix — they’re all great tracks for us. This team has done some amazing work this year. These next 3 are where we’re really going to shine and show it.”

ON HENDRICK TEAMMATES BEING ELIMINATED
“It’s very difficult. We knew that Jimmie and Dale Jr were in tough positions. But if anybody could win this race, either one of those guys could. Kasey, I knew he was going to race hard all day. He was in and out. I really thought he was going to make it. But I guess (Matt) Kenseth with the late charge there may have been the game changer. It’s difficult. These are 3 guys who could be major factors in the championship. Great teams, great drivers, and friends of mine. I hate to see them not in there. But we’re going to try to make Hendrick proud and go out there and get ourselves to Homestead.” 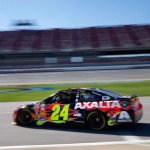 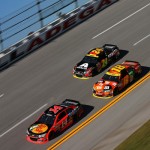 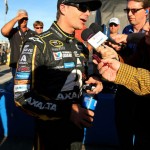