You are here: Home / Archives for Party in the Poconos 400 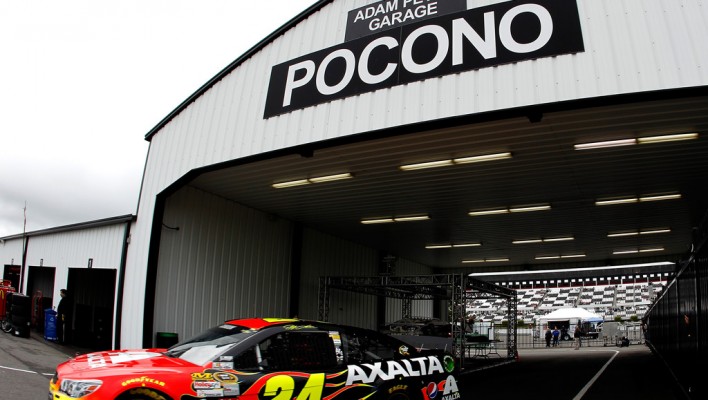 Jimmie Johnson dominated the Pocono 400 after leading 128 of the 160 laps in the event. Johnson scored his 3rd win at Pocono and the 63rd of his career. Jeff Gordon battled handling issues for the balance of the day and finished in 12th place.

Gordon started 11th and fell to 16th within two laps. He gained one spot back by lap 10 to move into 15th place while battling handling issues. However, as the green flag run progressed, he dropped to 17th while complaining of a lack of rear grip. Gordon ran in 18th place following a green flag pit stop on lap 28. He slowly made headway and took 17th from Mark Martin on lap 35. The next green flag stop came on lap 57 and Gordon moved up to 14th place. The first caution waved on lap 65 for debris on the track. The caution allowed Gordon to make up the 35 second gap that he grown between race leader Jimmie Johnson and the #24 car. Gordon gained three spots by changing two tires and restarted 12th on lap 70.

On the restart, Gordon dropped to 17th in turn 1 and was forced to battle for lost positions. He moved to 14th by lap 90 while battling a loose handling condition. He came to pit road on lap 100 for a green flag pit stop and returned to the race in 15th place. He moved to 14th on lap 122 when Ryan Newman came to pit road. A debris caution on lap 124 brought the field to pit road for fuel and tires. Gordon gained 4 spots on pit road and moved to 11th place for the restart with 31 laps to go. He fell to 15th within 2 laps of the restart. A caution for Matt Kenseth and Juan Pablo Montoya’s spin came with 28 laps to go. Gordon cautiously went low on the track to avoid the spinning cars. He stayed out on the track during the caution and restarted in 12th place.

After Brad Keselowski got loose in the tunnel turn with 23 to go, Gordon went low and moved into the top-10 for the first time. One lap later the caution waved for Dave Blaney’s spin. Gordon restarted 9th with 19 laps to go, but lost two spots just after the restart. A caution for AJ Allmendinger’s cut tire slowed the field with 13 laps to go. Gordon slipped to 12th on the restart before a caution for Blaney’s wall contact with 7 to go. The restart came with 4 laps to go and Gordon finished the day in 12th place. He remained 11th in the series standings — 2 points outside the top-10.

Turning point
A caution flag with 35 laps to go allowed Gordon to make up positions on pit road. He gained 4 spots to put him in position for a top-10 finish. 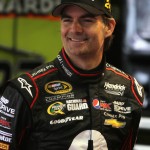 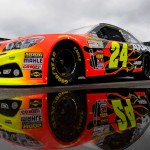 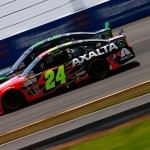 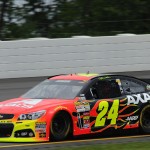 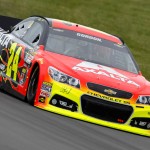