You are here: Home / Archives for pennsylvania 400 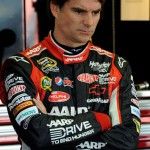 Jeff Gordon snatched the lead on a restart shortly before a downpour stopped the Pennsylvania 400, giving him his 86th career win and 6th victory at Pocono. Gordon also moved into the second wildcard spot for the Chase for the Championship.

After the start was delayed nearly two hours due to rain, Gordon started 27th and moved up to 23rd by the end of lap 2. He entered the top-20 on lap 8 and ran 17th when the caution waved for Kyle Busch’s crash on lap 20. Gordon restarted 17th on lap 23 and moved to 15th within five laps. His forward charge continued as he moved into the top-10 on lap 33. At the 100-mile mark, Gordon moved to 8th place. He came to pit road for a green flag pit stop on lap 49 and cycled through in 10th place. He moved back up to 8th place by lap 60 as the tires wore in. Gordon moved to 5th on lap 63, but was more than 16 seconds behind race leader Jimmie Johnson. He came in for a green flag pit stop on lap 78 and returned to the race in 7th place with rain bearing down on the track.

Kurt Busch’s wreck on lap 86 following a cut tire brought out the caution flag. Gordon stayed on the track and moved up to 6th place when Mark Martin pitted. On the restart, Matt Kenseth and Jimmie Johnson made contact in turn one, which forced several in the top-5 to slow. Gordon held his line on the track and moved into the race lead. Heavy rain soon followed and NASCAR red-flagged the event. Less than 10 minutes later, the race was made official on lap 98 with Gordon declared as the winner.

Turning point
Gordon cooly moved low on the track to avoid the melee in turn one when Johnson got loose under Kenseth, which forced others in the top-5 to slow down.

“Life can’t much better than it is right now. I’m looking forward to savoring this moment. Because that’s the nice thing about not winning. When you’re not winning much, lemme tell ya, you appreciate it a whole lot more and it sticks with you longer and you don’t take it for granted. And this is one we’re not going to take for granted and we’re able to understand the meaning of it so much more. For that, I’m thankful.”

“You can’t ever give up. It doesn’t matter where you’re at. You’ve got to just try to go out there and win races. For all the things that have gone wrong for us this year, I still can’t believe what just happened. But, I think this is the one that makes up for all the ones that have gotten away. I’m just so proud of this team. They just never give up and they gave me a great race car today. To start 27th and only have one caution, and work our way all the way up there like that, is pretty awesome. We got a great restart and got into that inside lane ahead of Kasey (Kahne) and then I saw the No. 48 (Johnson) get sideways and somehow I just came out on the other end of it leading. So, I’m just so excited right now. I know that you don’t want to win them quite like this, but we’ve earned it because of all the things that we’ve done this year. We’ve been in position to win races and we were at the right place at the right time. We probably had something going our way. I just can’t thank Drive to End Hunger, and DuPont, and Pepsi and Quaker State and Chevrolet and everybody. This is a great moment. And I’ve got both of my kids and my wife here. This is just like the greatest moment.”

AS YOU CELEBRATE, TELL US WHAT IT MEANS TO GET THIS SIXTH VICTORY AT POCONO WITH EVERYBODY HERE TO SEE IT

“Oh gosh. It’s just an amazing day. I said to Alan Gustafson (crew chief) that miracles do happen. You start to lose confidence and doubt whether it’s going to happen. Our cars have been good and our team has been good. We just needed some things to go our way and boy did they go our way today. I hate that those guys got caught up in that spin and wreck or whatever happened there. It was slick on those restarts. I’ve got to say hi to Rick Hendrick; I know he’s not here. And we had a lot of pressure on us. All four Hendrick cars finally get into victory lane in one year. That’s awesome. That’s been a long time coming. I felt a lot of pressure because we hadn’t done it yet. So this feels good. It’s that little boost that we need to get through these next five races and don’t count us out, don’t count us out. This is a great moment. We needed this. And it’s awesome. It feels good and we’ll take it any way we can get it right now and we’re having a blast. And I’m going to enjoy it so much with these guys (family). Happy Birthday to Alan Gustafson! That is a birthday present right there!” 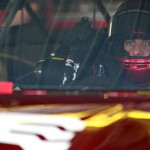 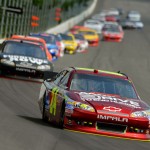 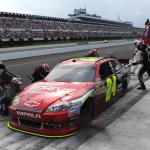 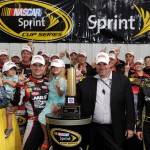 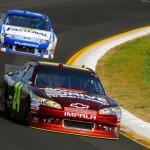 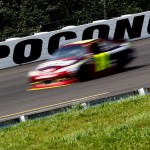 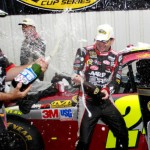 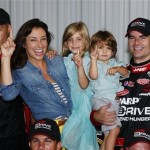 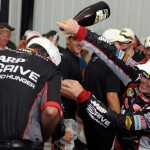