You are here: Home / Feature / All Star Race In-Car Audio 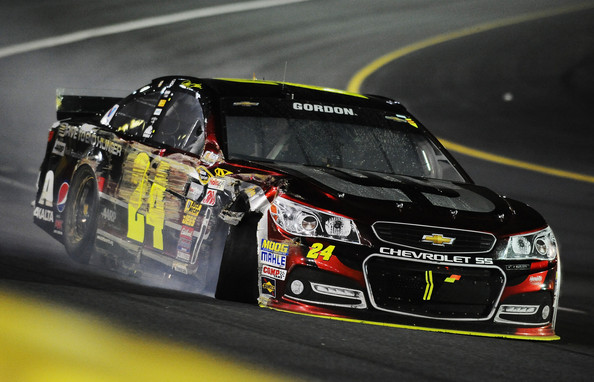 Jeff Gordon’s frustration in the All Star Race continued with a lap 61 crash which eliminated him from contention. Gordon has not posted a top-10 finish in NASCAR’s annual All Star showcase since 2006.

Gordon started 4th and took 3rd from Kevin Harvick on lap 11. He took the runner-up spot from Carl Edwards on lap 14 and finished the first 20-lap segment behind Kyle Busch. Gordon opted for four tires on the pit stop and started 7th at the start of the second 20-lap segment. He moved to 5th on lap 23 and took 4th from Kurt Busch on lap 24. One lap later, he dove to the inside entering turn 1 to take 3rd from Brad Keselowski. On lap 27, Kyle Busch spun and collected Joey Logano, which eliminated both drivers. On the restart on lap 31, Gordon dropped to 5th prior to AJ Allmendinger’s crash on the backstretch. On the next restart, Gordon was held up by Denny Hamlin on the inside line and dropped to 7th. He concluded the second segment in 7th place.

Gordon took four tires during the pit stop sequence and started 12th in segment three. He moved to 10th on lap 47 with a move around Greg Biffle and took 8th from Martin Truex on lap 49. He concluded the third segment in 8th place. Once again, Gordon opted for four tires during the pit stop between segments and started in 11th place for segment four. His night concluded on lap 61 when he slowed and moved up the track. Martin Truex got into the rear of Gordon’s car, which sent the #24 car into the wall with heavy right side damage. Gordon pulled to the garage for an early end to his night.

Turning point
A suspension failure sent Gordon up the track and into the wall on lap 61.

JG’s comments
“Something broke in the front end either a tire or something in the suspension. I was just going down the back straightaway. As I started to get into the corner, I felt the front end set down and just started going straight. I hate that we caught other guys up that were on the outside of me. But man what an awesome car we had tonight… We had the car to do it tonight, we didn’t have many breaks go our way. The 11 staying out, that killed us in the second segement. We got behind him a bunch. Every time he was weaving, we were behind him. But what an awesome car we had. It was super fast. We could go to the high side, middle, bottom. We were looking forward to the average working out if we could have made some ground up in that run, but unfortunately not to be for us tonight. I’m still just loving driving these race cars, they’re so good.” 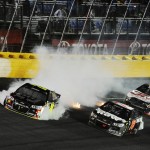 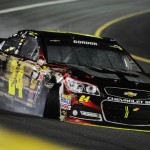 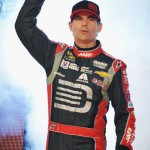