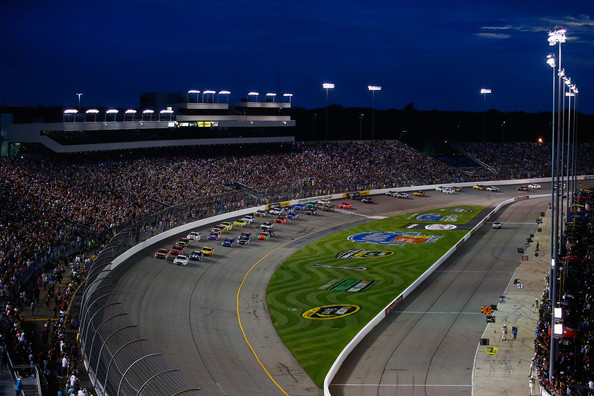 Brad Keselowski dominated the Federated Auto Parts 400 leading 383 out of 400 laps en route to the victory. Jeff Gordon finished 2nd at Richmond for his third runner-up finish in the last 5 Richmond races.  Gordon started 2nd and ran behind race leader Brad Keselowski for the first 30 laps before Kevin Harvick passed for position. He came to pit road in 3rd for the competition caution on lap 50.  He dropped to 5th after the restart and settled into the spot for the next 40 laps. He took 4th from Jamie McMurray on lap 88 and ran in that spot at the 100-lap mark. A debris caution on lap 125 brought the leaders to pit road. Gordon gained two spots on pit road and restarted in 2nd place. At the halfway point, Gordon ran in 2nd place behind Keselowski by more than 3 seconds. He came to pit road for a four-tire change on lap 232. Following stops, Gordon ran 4th behind Keselowski, Harvick and Clint Bowyer. A debris caution slowed the field on lap 261 and brought pit stops. Gordon restarted in 4th place following the stops. He took 3rd from Harvick on lap 290.

With 83 to go, Gordon moved into the runner-up spot ahead of Bowyer. The caution waved on lap 329 when a spectator attempted to climb over the catchfence in turn 4.  The leaders came to pit road with Keselowski edging ahead of Gordon at pit exit. Keselowski pulled out to nearly a 2-second lead with 50 laps to go. As the laps wound down, Keselowski kept a consistent 2-second lead over Gordon and claimed the victory.

Turning point
The field was distantly behind Brad Keselowski for the balance of the night. Gordon struggled at times with the tires.

JG’s comments
“I’m very confident [for the Chase] because we’ve got such a great race team. I’m so proud of Alan and all of our engineers and everybody on this team. Tonight was another one of those efforts where I didn’t feel that we had a car that could compete with Brad at certain portions of the night. We just never gave up on it. We had great pit stops, great adjustments. There at the end we were closing on him. So, it wasn’t a win, but still great momentum to carry into the Chase. It’s been a heck of a year. Our fans — the way they’ve embraced this season has been extremely motivating. I know how proud they are. We’re proud of the effort and the results that we’re getting this year. 10 more weeks. We’ve got to get it done and this team is ready to do that.”

ON BUILDING CHEMISTRY
“Sometimes it takes time to build your chemistry. I’ve always enjoyed Alan as a person and as a crew chief. We’ve clicked from the beginning. But I don’t know if we ever had the chemistry or been in sync like we are right now. Communication is really solid. I believe 100 percent in him. He believes 100 percent in me. That’s trickling down through the whole team. That’s why we can go through a tough practice like we did yesterday, and rebound and come back and have a solid night. We can go through a blown left front tire like we had in Atlanta and fight back to get back on the lead lap. This is the team I want to go into battle with for the next 10 weeks. It’s because of how in sync and the chemistry we have. It’s a team that really believes in one another. You can’t ask for more than that.” 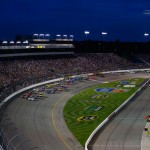 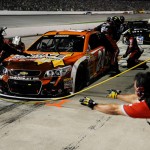 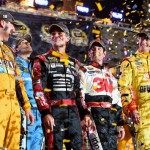