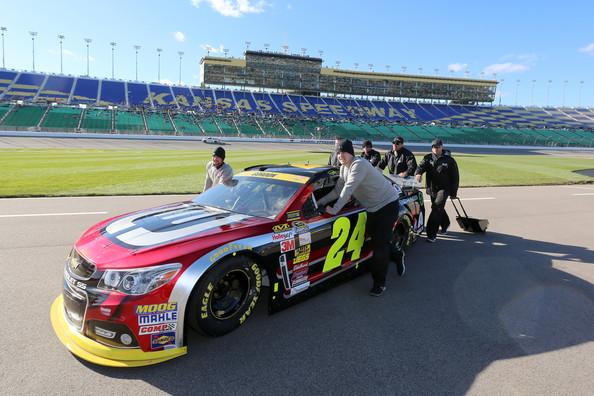 Jeff Gordon called his 14th place finish at Kansas Speedway a “survival day.” In many ways, that’s what it was. Gordon battled handling issues for most of the event while Chase contenders Jimmie Johnson, Brad Keselowski, and Dale Earnhardt Jr all posted sub-30th place finishes. Gordon is tied for 7th in the NASCAR standings, and is 8 points ahead of the Chase round cutoff for the next round. Gordon started 5th and dropped to 6th on the inside line at the outset of the race. He slipped to 7th when Dale Earnhardt Jr passed on lap 10. Gordon battled a loose condition and dropped to 8th by lap 20. Ten laps later, he moved back into 7th by passing Aric Almirola, and then took 6th from Brian Vickers. He re-entered the top-5 on lap 40 by passing Brad Keselowski. A debris caution on lap 70 brought the leaders to pit road. Gordon opted for 2 tires and restarted in 4th place. Shortly after the restart, Gordon and Jamie McMurray made contact, with Gordon brushing the turn 4 wall. He dropped to 19th before a multi-car wreck that involved Jimmie Johnson, Greg Biffle, Josh Wise, and Justin Allgaier. Gordon came to pit road to check the sheet metal and restarted in 22nd place on lap 91. At the 100-lap mark, Gordon ran in 20th place.

He steadily worked through race traffic and ran in 16th place on lap 120. A caution for Dale Earnhardt Jr’s cut tire and subsequent wall contact on lap 123 brought the leaders to pit road. A tire rolled across pit road during the stop and Gordon had to drop to the tail end of the line for the restart. He moved from 22nd to 16th by lap 160. A caution for Keselowski’s cut tire and wall contact brought the caution on lap 161. Gordon worked through traffic and advanced to 12th on lap 175. He took 11th from Austin Dillon and re-entered the top-10 with a move around Denny Hamlin on lap 180. Gordon moved to 9th prior to a caution for Joey Gase’s crash on lap 189. Pit stops followed with Gordon restarting 10th on lap 196. With 60 to go, Gordon ran in 9th place. He moved to 7th with 52 to go when Kevin Harvick came to pit road with a tire issue. Gordon took 6th when Kasey Kahne pitted on lap 227. One lap later, Greg Biffle cut a tire and hit the wall to bring out a caution. Gordon came to pit road for four tires and restarted in 8th place with 35 to go. After Clint Bowyer got a run on the outside, Gordon battled handling issues and dropped back to 14th place before the next caution for Kasey Kahne’s wall contact with 32 to go. With 15 to go, Gordon ran in 15th place. He took 14th when Jamie McMurray came to pit road with a tire issue with 5 laps to go.

Turning point
Contact with Jamie McMurray cost track position on lap 75. A tire got away on pit road on lap 125 dropped him outside the top-20. From there, it was an uphill battle for track position.

JG’s comments
“It was a handful, that’s for sure. We were having a pretty solid day until the #1 car [Jamie McMurray] got loose and got into our left rear. Just way over his head. I know he had a good car, he’s been running good but he just got loose and got into me. That got me in the wall. We had a little damage but we lost all that track position. It’s so hard to get it back at this place. We somewhat got it back. On that last restart, I was just real loose. I had been a little loose, but not that loose. We just fell back. It wasn’t good. We struggled and hung on there. A lot of people had trouble today, so today was a real survival day. We did that. I just felt like we could have finished a lot better. We had a good race car…. we actually had a great race car.” 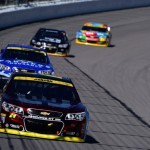 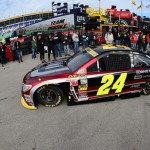 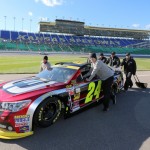