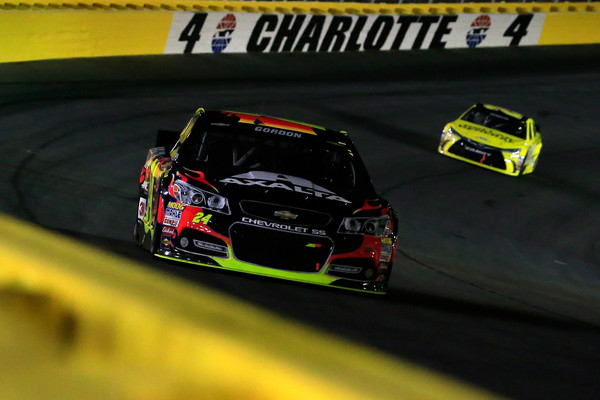 Jeff Gordon’s final start in the All-Star Race netted a 4th place finish. Gordon started 9th in the first segment of the event. He moved up to 6th place by the end of lap 3. He dropped to 7th when Kurt Busch went by on lap 11. He battled tight handling and took 6th from Greg Biffle at the end of the first segment. The drivers came to pit road with Gordon exiting in 7th place. On the restart, Gordon used the inside line to his advantage and moved to 4th place on lap 27. He took 3rd from Denny Hamlin on lap 29 where he closed the second segment of the event. The crew changed four tires and Gordon restarted in 7th place due to some drivers opting for two tires. The inside line struggled at the start of the third segment after Joey Logano and Jamie McMurray made contact. Gordon slipped to 8th on lap 52. He took 7th from McMurray on lap 56. Two laps later he took 6th from Matt Kenseth where he concluded the third segment. Gordon exited pit road in 8th place after taking four tires. On the restart, he slipped to 10th before regrouping to take 9th on lap 79 from Joey Logano. Five laps later he took 8th from Kenseth. Gordon passed AJ Allmendinger to take 7th place on lap 89 where he finished the segment. The drivers came to pit road based on their average finish in the first 4 segments. Gordon came to pit road in 5th place based on the average finish. He exited pit road in 5th place for the restart of the final 10-lap segment.

On the restart, Gordon moved up to 4th behind Denny Hamlin, Kevin Harvick, and Kurt Busch. As Hamlin pulled away to win, Gordon briefly battled with Kurt Busch for 3rd place before settling into 4th where he finished the event.

JG’s comments
“Having Ingrid, the kids, my mom, and my dad there (pre-race) was amazing. That was a surprise to me. I asked my parents, ‘Why are you guys here? I never see you at driver introductions.’ So, that was special. Something I’ll never forget. We had a really solid performance overall as a team. I’m really excited about that performance that we can take to next week’s 600. I think our car is pretty good and we can make it a little better.”

ON THE RACE
“Homestead will affect me a lot more as it probably will be my last race. It’s awesome to see all the fans and all the things they did on the track. But as far as really putting it all in perspective – it sinking in that that was my last All-Star race – I wasn’t thinking like that. I was focused in on the race. We were solid. I was pretty happy with the performance of the car. It’s so hard to get that track position that you need. A couple of guys were able to make some moves and maneuver through. We made a few but not many. It was all about lining up on the inside. When we lined up on the inside a few times and made up some spots When we lined up on the outside we lost some. At the end we were on the inside (passing three cars) and had a decent average. We were decent and got a fourth-place finish for it.” 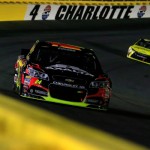 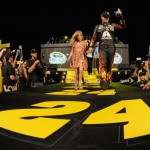 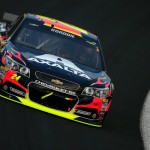