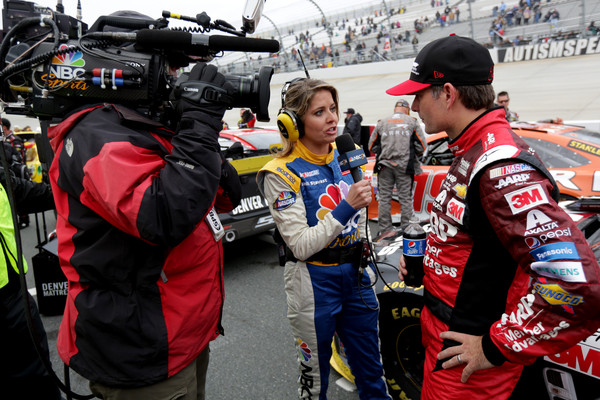 Jeff Gordon finished 12th at Dover International Speedway and advanced to the next round of the NASCAR Chase. Gordon ran in the top-10 for the balance of the day, but lost spots in the closing laps. He advanced by a mere 2 points over the final cut off line in the opening round.

Gordon started 10th and dropped to 12th just before a caution for Jeb Burton’s spin on lap 3. He used the outside line to his advantage on the restart to re-enter the top-10. He advanced to 9th by lap 15, but dropped a spot to Kyle Busch on lap 20. He held the 10th spot until the competition caution on lap 40. Pit stops followed with Gordon restarting in 8th place. He ran 6th on lap 50 after taking a spot from Jamie McMurray. He slipped to 7th when Kurt Busch went by on lap 70, and fell to 8th when Dale Earnhardt Jr passed on lap 105. A debris caution on lap 111 brought pit stops. Gordon exited pit road in 12th place after a slow entry to his stall. He ran 10th when the next caution came on lap 191 for Jeb Burton’s crash. Gordon gained a spot on the restart and ran 9th when a debris caution brought pit stops on lap 232. Gordon opted for four tires and restarted in 11th.

After the restart, Gordon re-entered the top-10 and eventually took 9th from Matt Kenseth on lap 283. He took 8th from Kyle Larson at the 300-lap mark. A caution for AJ Allmendinger’s spin on lap 311 brought the leaders to pit road. Gordon restarted in 10th place on lap 316. He advanced to 9th prior to a caution with 46 to go for Brett Moffitt’s wall contact. Gordon restarted 9th after a four-tire change. A caution for Landon Cassill’s engine with 29 to go slowed the field. Gordon stayed out and restarted 9th. He lost spots in the final laps and came across the line in 12th place. Gordon advanced to Round 2 of the Chase by a mere 2 points over the cut off line.

JG’s comments
“I was freaking out there at the end. We were pretty solid in the top-10 all day long. I’m really proud of this team and what they’ve accomplished this year. We’ve gone through a lot and it hasn’t been pretty. That’s kind of the way today was. We knew we needed to be top-10, 11th, maybe 12th if we were lucky. We did that until the end. The caution came out and people swapped up their strategy. We just got ate up on the restart and were falling back. I didn’t know what was going to happen. It wasn’t easy, but I’m real proud of this entire team. Now we reset and see what we can do in the next three races.”

ON THE NEXT ROUND
“We definitely gained some positives from this round. I thought our performance at Chicago was fantastic. I’m looking forward to the next 1.5-mile track we can get on, which is Charlotte. Hopefully we can have a similar kind of performance, but with the results I think this team is capable of.” 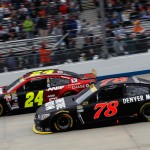 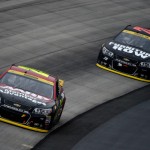 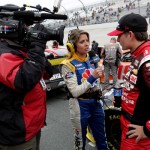