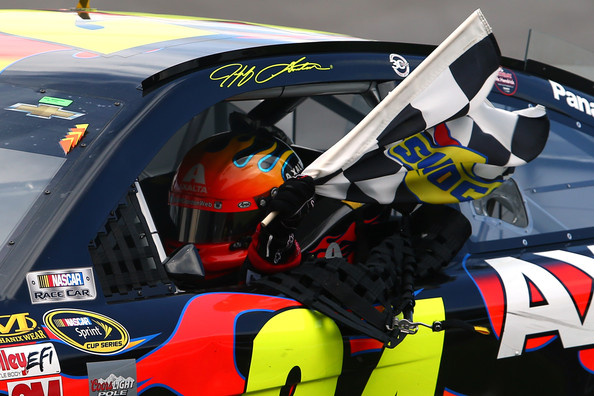 Jeff Gordon claimed his 5th career victory in the Brickyard 400 at Indianapolis Motor Speedway. Gordon led 40 laps and took the lead for the final time with 18 laps to go. He scored his 90th career victory and 2nd of the 2014 season. Gordon started 2nd and took the race lead from Kevin Harvick on lap 2. He pulled out to more than a 3-second lead prior to the competition caution on lap 20. He opted for two tires during the stop. Gordon restarted 2nd next to Joey Logano who did not pit. On the restart, Gordon dropped to 4th as his Hendrick Motorsports teammates Kasey Kahne and Jimmie Johnson went by. He regrouped and took 3rd from Johnson on lap 32, and moved to 2nd when Logano came to pit road on lap 33. Gordon came to pit road for a green flag pit stop on lap 35 after complaining of loose handling. Different pit strategies were in play as Gordon passed Kasey Kahne and Joey Logano on the track following stops to run 15th on lap 45. When the field cycled through, Gordon ran 2nd to Harvick on lap 55. He came to pit road for a green flag stop on lap 66 for four tires. The second caution waved on lap 67 for Danica Patrick’s axle problem. Gordon restarted in 4th place behind Denny Hamlin, Harvick, and Kahne. On the restart, he fell to 6th in the outside line as Logano went by entering turn 1. Gordon re-entered the top-5 on lap 74 with a move around Hamlin, and took 4th from Logano two laps later. He took 3rd from Harvick on lap 91 and worked to close a 4-second deficit to race leader Kasey Kahne.

The third caution waved on lap 97 for Trevor Bayne’s crash. The lead lap cars came to pit road with Gordon restarted in 5th place. Harvick, with the preferred first pit stall, was able to re-take the spot from Gordon. On the restart, Gordon was boxed in behind Clint Bowyer and settled into 5th place on lap 102. He passed Harvick to take 4th on lap 106 and took 3rd from Bowyer two laps later. Kyle Busch moved over to let Gordon take 2nd place on lap 114 to get a piece of debris off the front of his car. Gordon came to pit road for the final time with 31 laps to go. He cycled through in 2nd place behind Kahne. A caution with 21 laps to go slowed the field. Gordon stayed out and restarted in 2nd alongside Kahne.

On the restart with 18 to go, Gordon dove to the inside to take the race lead from Kahne. He pulled away and scored his record-tying 5th victory at the famed 2.5-mile track in the Indianapolis suburbs.

Turning point
Gordon got a strong restart on the outside of Kahne with 18 laps to go to take the lead that he never relinquished.

JG’s comments
“I don’t think there is a greater feeling for a race car driver and a race team, because that’s what it took today. It was a total team effort to be here in Victory Lane.”

WHAT WAS GOING THROUGH YOUR MIND ON THAT LAST RESTART WITH 17 LAPS TO GO?
“I’m not very good on restarts and wasn’t very good today. I finally made the restart of my life today when it counted most. I knew we had a great race car. We just needed to get out front. Kasey (Kahne) kind of hung back and I kind of got a little ahead of him and I had to back up and was able to stay on his quarter panel and once we got down into (Turns) 1 and 2, I could hear him get loose. I was kind of glad he took the inside because I really wanted the outside. I’ve got to thank him. He raced me awesome and clean because it could have gotten real ugly down there. Once I got clear of him I was like, I can’t believe this is happening now. No caution; please no caution now. I cannot believe that this just happened.”

YOU UNDERSTAND THE HISTORY OF THE INDIANAPOLIS MOTOR SPEEDWAY. WHAT’S THE SIGNIFICANCE TO YOU TO BE A FIVE-TIME WINNER HERE?
“I was trying so hard with 10 (laps) to go not to focus on the crowd. Every once in a while I’d glance up there and I could see the reaction. I was trying not to let it get to me and not think about it too much. And yet you can’t help it. It’s such a big place and such an important victory and a crucial moment in the season and the championship and those emotions take over. I have my kids here; there’s nothing better, especially at one of the biggest races to have your family here. All I know is my friends back at home; I need to take a vacation more often (laughs). This one is for all those fans throughout the years and all weekend long. They’re saying ‘we believe you can get number 5.’ We got number 5.”

ALAN GUSTAFSON, CREW CHIEF
“It’s just unbelievable. I’ve wanted to win this race my whole life; to win here at this unbelievable place and the history of this race track. Jeff (Gordon) has an amazing record here. This is the one. This is the one for me. I am so proud of everybody at the No. 24 shop. Kasey (Kahne) had a great run. This is a new car. There is just a ton of work to it. Those guys did it; they are the best.”

RICK HENDRICK, OWNER, HENDRICK MOTORSPORTS
“I told Jeff this morning that this was his day. He’s been so good on the long runs at every track and he gets around this place so well. But for him to break that tie [with 5 Indy wins] is pretty special. We’re a little bit older than we were 20 years ago, but this is a great win. What a way, with Jeff, here in Indianapolis where this is his own track. I remember how good it felt. This one feels just as good.” 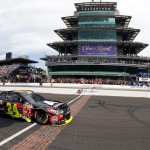 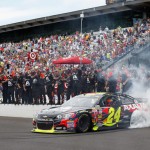 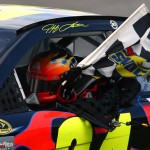 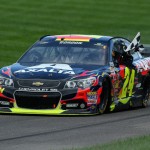 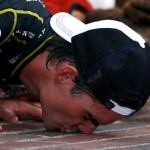 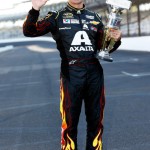