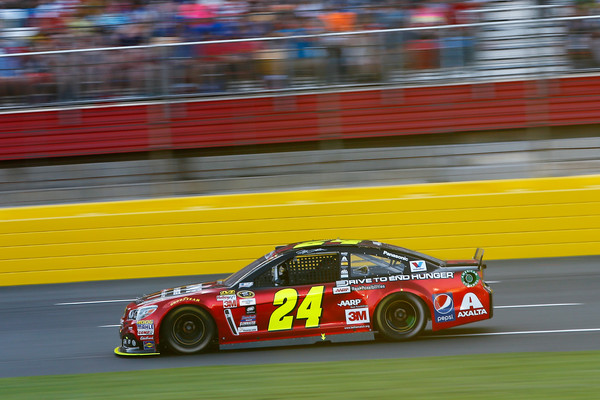 At the outset of the Coca-Cola 600, Jeff Gordon struggled with handling, but he fully expected the handling on the #24 to be dialed in after nightfall. However, the car never performed to Gordon’s expectations and finished 15th in his final start in NASCAR’s longest race. At the front of the field, Carl Edwards scored his first win of the season and 24th of his career.

A caution for Trevor Bayne’s wall contact on lap 230 brought the lead lap cars to pit road. A miscue on pit road resulted in Gordon coming back in to tighten lug nuts. He restarted in 17th place on lap 235 and gained one spot over the next 30 laps. The caution waved on lap 273 for Jimmie Johnson’s crash off of turn 4. The caution allowed Gordon to make up a 20-second gap to the leader. Pit stops ensued with Gordon restarting in 15th place on lap 278. Ryan Blaney’s engine expired on lap 281 to bring out another caution. Gordon stayed on the track while most of the lead lap cars pitted. He restarted in 8th place with 110 laps to go. Gordon moved to 7th on the restart, but fell to 9th at the 300-lap mark as Kevin Harvick and Brad Keselowski passed. He rebounded to take 8th from Matt Kenseth with 91 to go, albeit briefly as Kurt Busch passed two laps later. Kasey Kahne sent Gordon back to 10th with 85 to go. A caution with 72 to go for Michael Annett’s spin brought the leaders to pit road. Gordon exited pit road in 11th place. However, he faded to 14th just a lap after the restart. A caution for Ricky Stenhouse’s wall contact slowed the field with 64 to go. Gordon came to pit road for tires and restarted in 13th place.

With 40 to go, Gordon moved to 12th with a move around Austin Dillon. He advanced to 11th when Denny Hamlin pitted with a loose wheel. As drivers began pitting, Gordon moved into the top-5 with 20 laps to go. He ran 3rd behind Carl Edwards and Greg Biffle with 19 to go. Gordon came to pit road with 18 to go and opted for 2 tires. He cycled through in 16th place and finished the event in 15th. 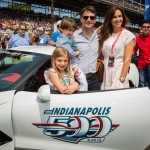 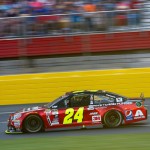 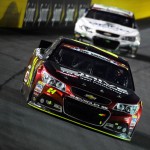