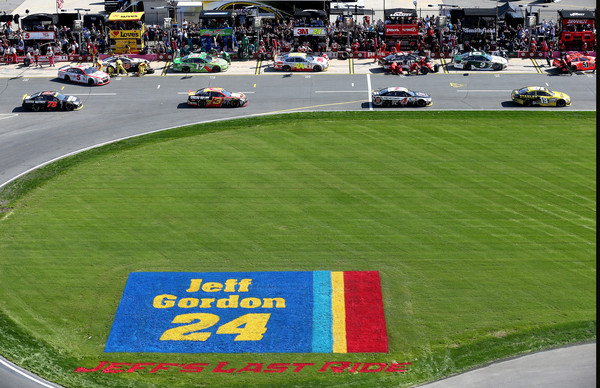 Jeff Gordon began the second round of the NASCAR Chase with an 8th place finish at Charlotte Motor Speedway. Gordon struggled at the outset with handling, but improved after the halfway point by racing his way into the top-10. He moved to 7th in the NASCAR standings, +8 over the Chase cutoff with 2 races remaining in the second round.

Gordon was running between 11th-15th at Charlotte before Karsyn came to watch the race on the couch. She gave me a very special bear as a gift. As I blinked away tears, Jeff gained three spots and finished 8th. I’ve probably watched 1,000 NASCAR races. This one was by far the most memorable for reasons well beyond the finishing order. 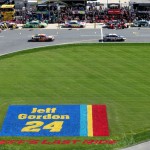 Jeff gets a salute from the Charlotte Motor Speedway 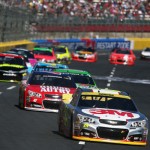 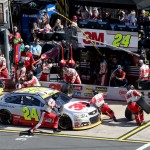 Jeff Gordon pits during the Bank of America 500 at Charlotte