You are here: Home / Archives for Spongebob Squarepants 400 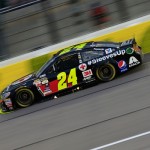 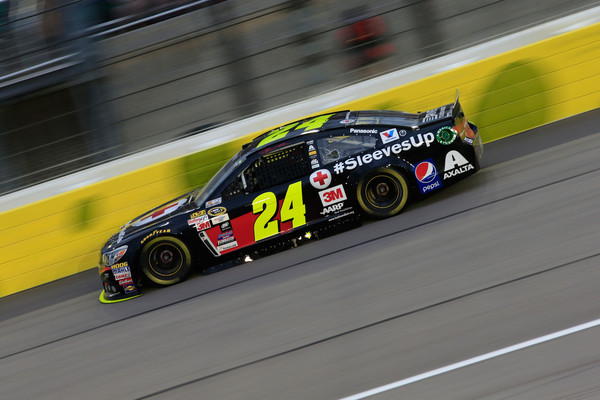 Jeff Gordon posted a 4th place finish at Kansas Speedway which surely was not indicative of how the night seemed to be playing out. Gordon battled handling issues for most of the night, and at one point was less than a second from going a lap down. However, a well-timed caution flag kept him on the lead lap, and a late call to stay on the track during a caution period gave him the chance to post his 3rd top-5 in the last 4 races at Kansas. Gordon started 11th and slipped to 14th on the first lap before regrouping to take 11th on lap 3. The first caution waved on lap 4 for JJ Yeley’s spin. At the competition caution on lap 25, Gordon ran in 13th place. The crew changed 2 tires and Gordon restarted in 10th place. After dropping to 12th, he regrouped to enter the top-10 on lap 44. Gordon took a spot from Tony Stewart to move up to 8th, prior to Matt Kenseth passing to take 9th on lap 61. He battled handling issues and fell out of the top-10 on lap 70. Gordon came to pit road for a green flag stop on lap 80. Following stops he ran in 14th place as race leader Martin Truex closed within a second to put him a lap down. However, Jeb Burton’s spin on lap 93 brought out the caution to keep Gordon on the lead lap. Pit stops followed with Gordon gaining 4 spots to restart in 10th place. Rain began falling and the race was red-flagged shortly after 8:30pm/eastern.

The race resumed after 11pm/eastern following rain and track drying. He ran between 7th-13th over the next 100 laps as the crew made adjustments during caution perods. With 79 to go, Gordon stayed out during a caution to move up to 4th for the restart. He took 3rd after the restart before a caution for Erik Jones’ wall contact with 71 to go. He closed in on Kyle Larson for 2nd place before a caution for Denny Hamlin’s cut tire with 60 to go. Pit stops followed with Gordon opting for two tires. However, a problem on the right front put him back in 11th place for the restart. Handling became an issue back in traffic as he fell to 13th with 45 to go. Gordon moved to 12th with 30 to go. He remained there until Ricky Stenhouse’s wall contact brought out a caution with 11 laps to go. Gordon stayed on the track and restarted in 4th place with 6 to go. He held the spot and posted his 7th top-10 finish in the last 8 races.

JG’s comments
“It was a really solid top-five finish there. I’m really proud of that. That was not easy. Track position meant so much and we had it and then we lost it and it was nice to get it back there at the end and get a decent restart and finish fourth.” 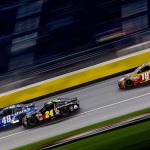 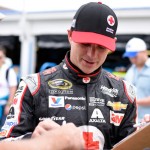